The second library-reading hall was opened in the beginning of the century near Ludza Public Committee, but it was not of big importance, since it only served to members of the Committee and there were mostly periodicals – magazines and newspapers.

At that time in Ludza there was also the People’s Temperance Society’s free library. That library had popular publications, that was why local inhabitants willingly used it. The library was located in Marcinkevičs’ house in the present Tālavijas Street. In the hall of the library there was a music set from St.-Petersburg, so that the library visitors could listen to music. All books were put in two cabinets, and were lent by 2 librarians.

In 1918 German invaders arranged a military hospital in the house.

In 1919 a soviet library “Communist” was established in Ludza, and books in it were arranged on four shelves.

In 20s-30s, during the time of the Latvian Republic there were not many cultural workers in Ludza district. Libraries, choirs, sport clubs and other amateur activities were mostly organised and managed by teachers and members of the Aizsargs’ organisation (latv. ‘aizsargs’ – defender).

Statistical data prove that in 20s-30s in Latgale libraries there was a particular phenomenon observed – decrease of books and libraries number. Information about Ludza district libraries is as follows:

Library stocks in Latgale were decreasing despite the fact that at that time 2,893 books were purchased and furthermore 3,741 books were received as a donation. 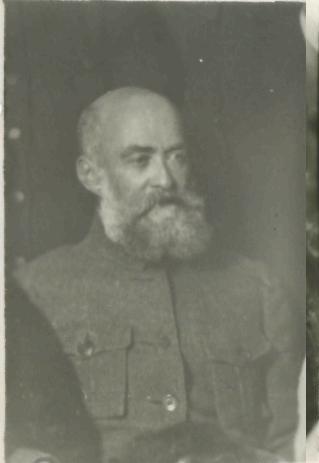 В мае 1920 года In May 1920 Ludza Town Committee carried a decision about the town library establishment. I.Slāvinskis was appointed for the position of the Head of the library; he was an energetic and scholarly man, who had a good knowledge of library work. He collected a lot of books from the town inhabitants, tied up and kept them very carefully. Every year 1,200 lats were designated for purchase of books. The Library Head’s salary was 85 lats, but after 1937 – 95 lats.

Books in the library were in different languages – Latvian, Russian, German, French, English, Hebrew, Polish. I.Slavinskis mainly purchased classic literature, literary magazines. In the beginning the library was located in one room, but later in two rooms; it had 140 permanent readers. Gradually it became a significant cultural centre of the town.

In 1935 in Ludza there was a Town Library, Latgalian Culture Promotion Association’s Library and the State Gymnasiums’ Library. In the libraries’ stocks there were 1,600 books in Latvian, 2,500 books in Russian, 800 books in other languages and 1,000 different magazines. In total there were 5,900 books. In 1940 the library’s stocks included more than 2,000 soviet publications.

In 1941, during the time of the German occupation the town library was moved to other, worse premises. Its decline started. In 1942 M.Pugovics became the Head of the library.

lilita30.12.1980After the war three people changed each other on the position of the Head of the library. Unfortunately they were random people in library work. Therefore we can say that in 40s-50s the library was destroyed. After its renewal in 1951 M.Knauere became the Head of the Library. She had graduated Rīga Cultural Workers’ Technical school. In the library there were 5 workers, who performed a great work in organisation of catalogues. In 1958-1989 the library was managed by L.Kornele, who had graduated from Moscow Library Institute.

We use cookies on our website to give you the most relevant experience by remembering your preferences and repeat visits. By clicking “Accept All”, you consent to the use of ALL the cookies. However, you may visit "Cookie Settings" to provide a controlled consent. Read More
Cookie SettingsReject AllAccept All
Manage consent

This website uses cookies to improve your experience while you navigate through the website. Out of these, the cookies that are categorized as necessary are stored on your browser as they are essential for the working of basic functionalities of the website. We also use third-party cookies that help us analyze and understand how you use this website. These cookies will be stored in your browser only with your consent. You also have the option to opt-out of these cookies. But opting out of some of these cookies may affect your browsing experience.

Necessary Always Enabled
Necessary cookies are absolutely essential for the website to function properly. These cookies ensure basic functionalities and security features of the website, anonymously.
Functional
Functional cookies help to perform certain functionalities like sharing the content of the website on social media platforms, collect feedbacks, and other third-party features.
Performance
Performance cookies are used to understand and analyze the key performance indexes of the website which helps in delivering a better user experience for the visitors.
Analytics
Analytical cookies are used to understand how visitors interact with the website. These cookies help provide information on metrics the number of visitors, bounce rate, traffic source, etc.
Advertisement
Advertisement cookies are used to provide visitors with relevant ads and marketing campaigns. These cookies track visitors across websites and collect information to provide customized ads.
Others
Other uncategorized cookies are those that are being analyzed and have not been classified into a category as yet.
SAVE & ACCEPT